US: EVs Earn $110 Per Month Selling Electricity Back To Grid

WSJ.com: Electric Vehicles Sell Power Back to the Grid as Delaware Test Fleet Makes Money by Serving as an Electricity Reserve 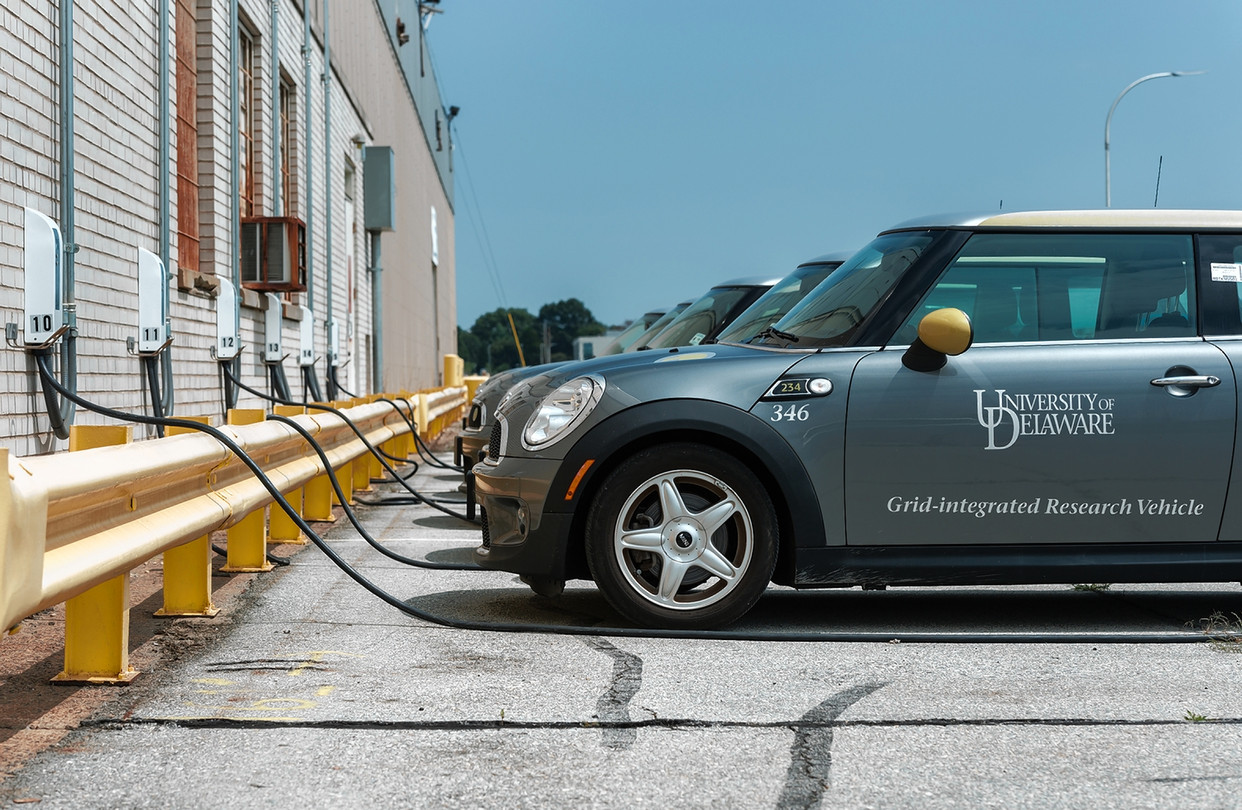 In the 1990s, Willett Kempton, a professor at the University of Delaware, proposed in a paper that electric vehicles could help pay for themselves by selling power back to the grid. When no one jumped on the idea, he decided to develop the technology himself.

Now, the pilot project he spearheaded at the university in conjunction with power-plant operator NRG Energy Inc. brings in roughly $110 a month per electric vehicle. The operation uses software to link a minimum of nine electric vehicles, mostly Mini Coopers, together into a virtual power plant on wheels that can both draw energy from the grid and discharge energy when needed.

"We're not earning enough money to get rich," says Dr. Kempton. But "it earns money, and it earns more money than it costs to do it."

The vehicles—which come with chargers that allow for a two-way flow of energy and have a custom-made circuit board added to control the connection with the other cars and grid—essentially are being used as a short-term ministorage facility by PJM Interconnection, the operator of the electricity-transmission system in much of the Eastern U.S.

When more electricity is produced than is required, PJM can discharge power to the car batteries for storage; when demand rises, it can draw the juice back out. The utility agrees to pay for the reserved capacity whether it uses it or not, and the controller in the vehicle ensures that the battery isn't drained to the point that the car can't be driven.

Scott Baker, a senior business-solutions analyst at PJM, says the grid operator sees electric vehicles as potential stabilizers for the system, helping to keep frequencies smooth, especially as intermittent alternative-energy sources like solar are added to the grid.

The Delaware project requires that a certain number of vehicles be strung together because PJM's system won't recognize a "power plant" with less than 100 kilowatts of capacity, which is about what nine vehicles can provide, Dr. Kempton says. But he envisions a day when there could be hundreds of thousands of electric cars selling power to the grid while plugged in at home or the office, making the vehicles more affordable for owners.

That day, however, could be a long way off. One issue is that many EVs don't come with two-way chargers, which Dr. Kempton estimates would cost around $200 per car if auto makers were to design them into new EVs. Another issue is that the control boards are not commercially available, though Dr. Kempton says there have been promising discussions with two big auto makers and an auto-parts manufacturer. 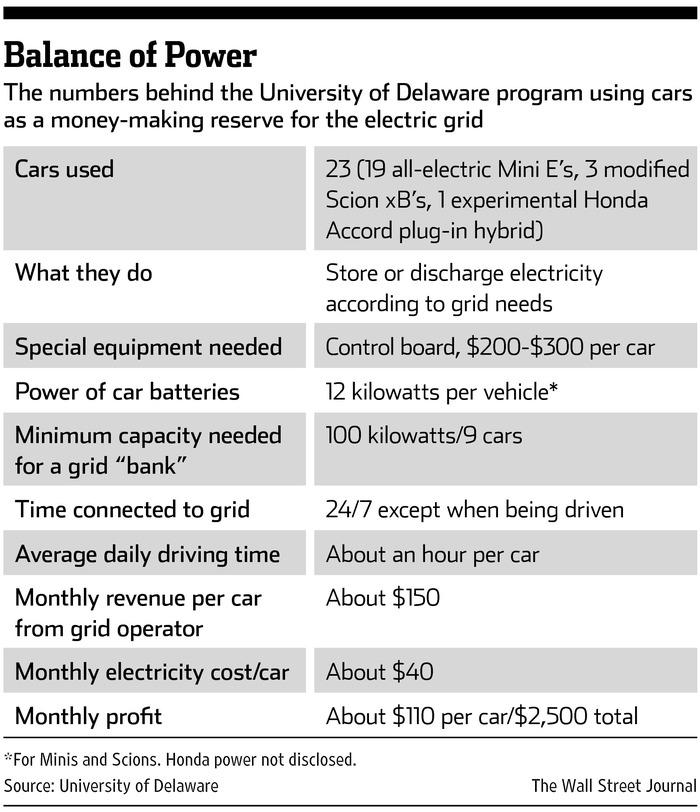 And laws and regulations have to change before cars can be used as power sources. Although the Federal Energy Regulatory Commission has passed rules that allow for alternative storage technologies, other regulatory bodies have been slower to do the same.

Dr. Kempton worked with Delaware's utility commission to create the needed regulations, and the state legislature passed a law allowing vehicles to sell power back to the grid.

Still, the success of the Delaware project has inspired other research, says Scott Fisher, the director of alternative-energy services at NRG, which has licensed the vehicle-to-grid technology used in Delaware. NRG says it now plans to test whether electric vehicles could power a building and will apply for funds from a $6 million pool of EV-to-grid research money available from California's Energy Commission.

"I'm not saying it's a 100% slam dunk," Mr. Fisher says. "But it's important enough to warrant the time and energy and expense."

The U.S. military, meanwhile, has a $30 million project in the works to test vehicle-to-grid technology on five bases, including Los Angeles Air Force Base, starting this fall.
Posted by Keith Johnston at 08:35