UK: large increase in use of rapid charge points 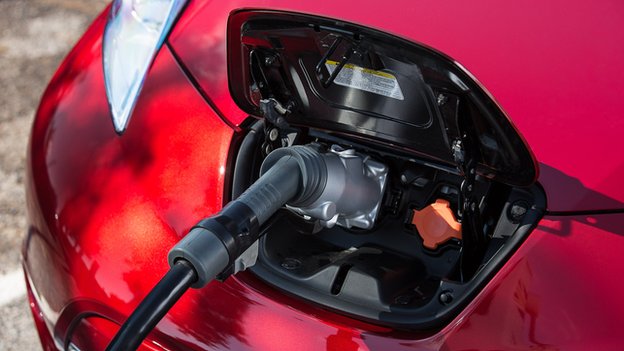 BBC.co.uk: Without a whisper or a whiff, electric cars seem to be gaining ground in the UK and elsewhere.

According to Ecotricity, the company that has installed a network of charging stations along the UK's motorways, we are seeing a "revolution".

Figures from the Society of Motor Manufacturers and Traders indicated that electric car sales have now topped the 10,000 mark in the UK.

As well as government incentives that have cut ownership costs, a key development is the roll-out of a network of superfast chargers at motorway stations.

Over the past year, Ecotricity say they have installed around 170 of these units, covering 90% of the network.

"Superchargers give 170 miles of charge in just 30 minutes, just enough time to stop and have a coffee and be ready to go again”Laura HardyTesla

Just 4,000 cars used the system between October and December last year. In the three months to the end of June, this leapt to 15,000.

"In the past 12 months we've gone from 8 hours to charge a car to 20 minutes," says Dale Vince, the founder and chief executive of Ecotricity.

"All of this points to a coming revolution in how we get around, they are super cheap to run, totally clean especially if you run them on renewable energy, they just are the future of personal transport."

What's also important is that customers who plug in at these stations are currently getting their volts for free!

Other companies are keen to get in on the act.

Tesla is the brainchild of Elon Musk, the man that brought us PayPal and SpaceX.

Although it has started at the top end with its current models, Musk's vision is to manufacture mass market electric vehicles.

Part of that plan is to manufacture Tesla's own batteries in a factory powered by solar and wind, by 2020.

Although they only have four superchargers in the UK at present, the company plans to roll out many more by the end of next year.

"Superchargers give 170 miles of charge in just 30 minutes, just enough time to stop and have a coffee and be ready to go again," says Tesla's Laura Hardy. 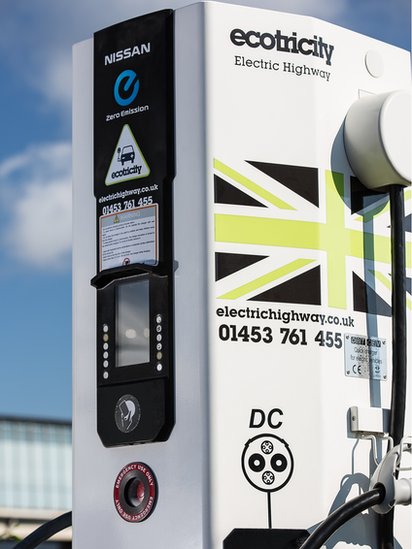 "By the end of 2015, we will have UK and Ireland route coverage and also numerous convenience supercharging locations in London."

Tesla's ambitions are not just for the UK. They are planning on expanding the network of chargers in other countries including China, according to reports.

In fact, China is said to be ready to invest $16bn in a national network of chargers, to help combat "range anxiety" among drivers who fear their lovely new car will conk out for lack of power.

While the pace of global growth of greener cars has recently increased, sometimes the acceleration can be a little too quick.

Norway has embraced the electric car concept like no one else.

With a population of just over five million, has three times the number of electric cars on the road compared to the UK. In fact, per capita, they have more than anybody else in the world.

Green cars have accounted for 13% of sales since the start of the year, in March, the Nissan Leaf became Norway's highest selling car in a month.

So what's driving the Scandinavian rush to plug-in vehicles?

Even in a country with a high level of environmental awareness, it all comes down to the owner's kroner.

Electric cars are exempt from VAT and sales tax meaning a new, battery powered vehicle comes in about half the cost of the petrol driven equivalent.

So successful has the transition been that electric cars are now clogging up the nation's bus lanes, which the green car owners have the right to drive in.

The government is rapidly rethinking the policy that has cost them a slightly shocking 500 million euros.
Posted by Keith Johnston at 08:59